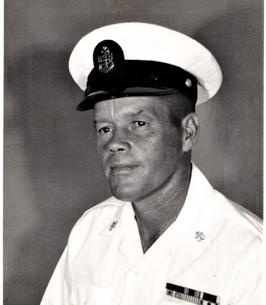 Henry Guy Helms of Hillsboro, Missouri was born January 28, 1929 in St. Louis, Missouri, a son to the late William Edward Helms and Della Mae (Sweeny) Helms. Henry departed this life Monday, December 7, 2020 having reached the age of 91 years 10 months and 9 days.
Henry is survived by his daughters, Pamala Helms- Lukehart and husband Roger of Hillsboro, Missouri, Nancy Wiebe of St. Louis, Missouri; sister, Alice Jenkins of Troy, Missouri; four grandchildren; ten great grandchildren; four great great grandchildren; four great great great grandchildren many nieces, nephews, other relatives and friends.
In addition to his parents, Henry was preceded in death by his loving wife, Wilma (Richards) Helms; brothers, James Helms, Irvin Helms; sisters, Georgia Virginia DeClue and Wanda Gilliam.
Henry was a proud veteran of the United States Navy, dedicating his life to his country. He served in World War ll, the Korean War and Vietnam War. After his retirement from the Navy, he spent his time fishing with his family, watching the St. Louis Cardinals and Kansas City Chiefs, never missing a game. His family was his pride and joy and he loved to spoil his grandchildren and play with them. His patriotism, love and kindness will be missed by all those who had the pleasure of knowing him.


A graveside service will be held Saturday, December 19, 2020 at 11AM at Redbud Memorial Gardens in Potosi, Missouri.

To order memorial trees or send flowers to the family in memory of Henry Guy Helms, please visit our flower store.