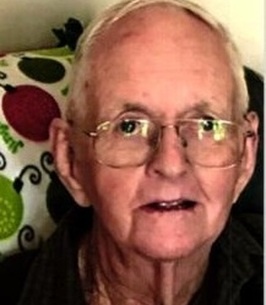 William Marion Haynes, known by friends and family as “Bill”, was born August 13, 1933 in Richwoods, Missouri a son to the late Augustus Robert Haynes and Dolly (Godat) Haynes. Bill departed this life Saturday, August 27, 2022 having reached the age of 89 years and 14 days.
On February 11, 1961 Bill was united in marriage to Lena (Cordia) Haynes and they shared 61 years and many wonderful and loving memories together.
Those left to cherish his memory include his loving wife of 61 years, Lena of Richwoods; son, Mickey Haynes and wife Stephanie of Potosi, Missouri; daughter, Lynn Thone and husband Mike of Barnhart, Missouri; grandchildren, Jenna, Zach, Skylar, Rory; great grandchildren, Lillith, Vera; sisters-in-law, Roseann Dierker of St. Louis, Missouri, Sara Dierker of Lonedell, Missouri, Dorothy Dorlac of De Soto, Missouri and many nieces, nephews, other relatives and friends.
In addition to his parents, Bill was preceded in death by his brothers, Glenwood Haynes, Delbert Haynes; sister-in-law, Pauline Cordia, Helen Pratt, Charlotte Ramsey and brothers-in-law, Ted Cordia, Mike Cordia, Martin Cordia and John Cordia.
Bill served in the United States Army from 1953-1960. He was proud of his service and always displayed his patriotism. He loved being outdoors, riding motorcycles, going for walks and bird watching. He was a talented woodworker and could craft anything he set his mind to. His memory will forever be cherished by those who loved him.

No services will be held.

To order memorial trees or send flowers to the family in memory of William Marion Haynes, please visit our flower store.