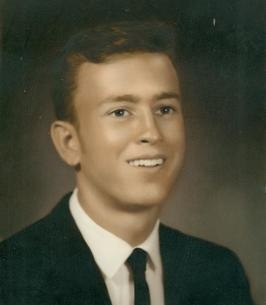 Rodney Carson Harmon of Piedmont, Missouri was born February 22, 1952 in Shirley, Missouri a son to the late John Carson Harmon and Lois Margaret (Hammock) Harmon. Rodney departed this life Saturday, May 9, 2020 having reached the age of 68 years, 2 months and 17 days.
Rodney is survived by his daughters, Michelle Tubb and husband Jeff of DeSoto, Missouri, Dawn Emily and husband Wendell of Cadet, Missouri; two brothers, Michael Harmon and wife Mary of Cedar Hill, Missouri, Randy Harmon and wife LaDonna of Potosi, Missouri; one sister, Debbie Parmley and husband Hurshel of Potosi, Missouri; sister-in-law, Dorothy Harmon of Potosi, Missouri; seven grandchildren: Justin, Blake, Jeffrey, Nick, Devin, Alexis, Brandon; four great grandchildren: Luke, Eli, Silas, Wade and many nieces, nephews other relatives and friends.
In addition to his parents, Rodney was preceded in death by his brother, Gary Harmon
Rodney was a proud veteran of the United Sates Army serving from 1972-1978. He was a friend to all and enjoyed going to shooting matches. He enjoyed the many gifts of nature, his favorite being mushroom hunting and fishing. He loved to visit with his friends and family and the everlasting memories he gave will be cherished forever.

To order memorial trees or send flowers to the family in memory of Rodney Harmon, please visit our flower store.