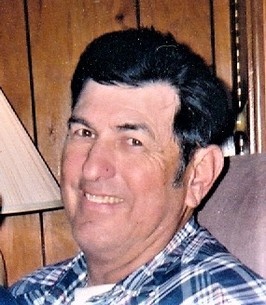 Bernard James Hall of Cadet, Missouri was born July 11, 1940 in Cadet a son to the late Margaret Hall and Hardy Leo Hall, Bernard departed this life Sunday, May 9, 2021 having reached the age of 80 years, 9 months and 28 days.
On October 27, 1962 Bernard was united in marriage to Regina (Hinch) Hall and they happily raised their children and shared fifty eight wonderful years together.
Bernard is survived by his loving wife, Regina; daughters, Donna McClintock of Irondale, Rebecca Hall of Potosi; sons, Bernard Hall, Jr. and wife Roxanne of Cadet, Bill Hall and fiancé Andrea of Irondale, son-in-law, Michael Nickelson; eleven grandchildren, many great grandchildren and many nieces, nephews, other relatives and friends.
In addition to his parents, Bernard was preceded in death by his daughter, Sandra Marie “Sandy” Nickelson; sisters, Imelda Wilson and husband Norman, Edith Rulo and brother, Robert “Bob” Hall.
Bernard was a loving husband, father, grandfather, brother and friend, always having others in his thoughts and prayers. He had a solid faith in Christ his Savior and throughout his life his faith kept him going. He had a great love for the outdoors and loved his family unconditionally. He loved his grandchildren and cheered them on in everything they did. He will be deeply missed by all the lives he touched.
To order memorial trees or send flowers to the family in memory of Bernard James Hall, please visit our flower store.