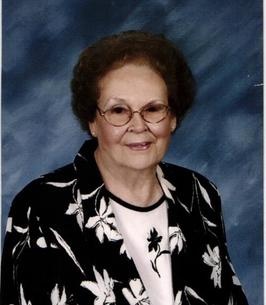 Anna “Ann” Marie Haguewood of Potosi, Missouri was born March 27, 1927 in Potosi, a daughter to the late Harry J. Torwegge and Ruby Opal (Nixon) Torwegge. Ann departed this life Friday, January 14, 2022 having reached the age of 94 years, 9 months and 18 days.
On June 1, 1945, Ann was united in marriage to the late James L. Haguewood and together they happily raised their children, served the Lord, and made many memories. James preceded Ann in death on September 29, 1993.
Those left to cherish her memory are her son, James “Sonny” Haguewood and wife Joann of Potosi; grandchildren, Janette Hoffman and husband David of St. Clair, Missouri, Jamie Haguewood and wife Kami of Mineral Point; great grandchildren, Abigail Morgart and husband Matt, Emma Thomas and husband Marscel, Jamison Haguewood, Benjamin Haguewood, Gideon Haguewood, Zane Hoffman, Wade Hoffman, Justin Hoffman; great great grandchildren, Elliot and Juliette; sister-in-law, Oneida Haguewood of St. Louis and many other relatives and friends.
In addition to her parents and loving husband, Ann was preceded in death by her son, Terry Haguewood and brother, Harry Torwegge.
Ann had a kind and caring heart, always keeping those she loved in her thought and prayers. She accepted Christ at a young age and always shared his Word where ever she went. She was active in her community and was inducted into the Browne Chapter No. 320 Order of the Eastern Star on March 14, 1955 and in 1966 was the District Deputy Grand Matron Order of the Eastern Star 40th district. She received her 50 year Eastern Star Pin in 2007. She worked for Dresser Industries from 1957-1983 before they closed. She then went on to work for the city of Potosi, serve as city collector clerk for 13 years and secretary for the Potosi United Methodist Church for 26 years. No matter where she went, she always had a warm and welcoming smile. She kept her faith and never took anything for granted. She always told people how much she loved them. She will be greatly missed and her memory will live on in the hearts of those who loved her.

To order memorial trees or send flowers to the family in memory of Anna Marie Haguewood (Torwegge), please visit our flower store.