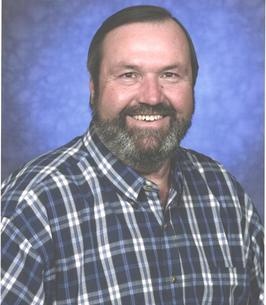 Jeffrey Farrin “Pal” Graves of Potosi, Missouri departed this life surrounded by the love and care of his family at his home on Sunday, January 6, 2019. Jeff was born May 27, 1957 in Ironton, Missouri a son of Patricia “Pat” Graves and the late Murlin “Bud” Graves. Jeff was Sixty-one years, seven months and ten days of age.
Jeff was united in marriage to Darlene Gallaher on August 22, 1998 in Potosi, Missouri. They celebrated twenty years of family together.
Jeff is survived by his loving and devoted wife Darlene Graves of Potosi; one daughter, Lora Dyess and her husband Chuck of Belgrade; three sons, Edward Graves and his wife Marti of Potosi, Murlin Graves of Potosi and Aaron Dickey and his wife Britney of Belgrade; his loving mother, Pat Graves of Potosi; one sister, Susie Holt and her husband Troy of St. Louis; one brother, Eddie Graves and Fiancé Elise of Potosi; eight grandchildren and by many other dear and special relatives, friends and a very dear care giver, DeAngela and Sammy Messner. In addition to his father, Jeff was also preceded in death by one sister, Lisa Graves.
Jeff, a true meaning of a friend to all, he always had a smile, a joke or a shoulder to lean on. He had a grand love for his family, especially for his grandchildren. He always had time to take them fishing, to the creek to hunt crawdad’s or just be with them. Each of them made his eyes sparkle and each held a very dear and special place in his heart. He enjoyed hunting, golfing, watching the St. Louis Cardinals and relaxing with a western book. Jeff had a great love for his God and enjoyed Church and his Church family. The people of this community were a true love for him. Jeff had served on the Potosi City Council as an Alderman and then as the City of Potosi Building Commissioner. At times it would seem Jeff always had the best interest and welfare of others before himself.
Jeff was a true family man, community leader and friend who will be deeply missed by all those who knew him and had ever meet him on the street. Always a smile, Always a wave he would give.

To order memorial trees or send flowers to the family in memory of Jeffrey "Pal" Graves, please visit our flower store.