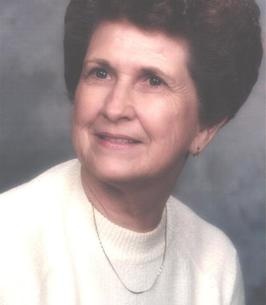 Judith Gwendolyn Gilliam of Potosi, Missouri departed this life surrounded by the love and care of her family at her home on Thursday, February 21, 2019 at the age of eighty-eight years, seven months and six days. Judith was born July 15, 1930 in Potosi, Missouri a daughter of the late John Edward Franklin and Vivian Maybelle (nee Higginbotham) Franklin.
She was united in marriage to Alva Leon Gilliam on August 27, 1946 in Osceola, Arkansas and was blessed to have 72 years of marriage and love.
Judith is survived by her dear and loving husband, Alva Leon Gilliam of Potosi; three sons, Alva Lynn Gilliam and his wife Donna of Farmington, Gary Gilliam and his wife Debbie of Potosi and Steve Gilliam and his wife Alice of Cadet; sixteen grandchildren, twenty-eight great grandchildren, ten great great grandchildren; three sisters, Juanita Cole of Imperial, Ruth Compton and her husband Leonard of Potosi, Pat Graves of Potosi; one brother, Dale Franklin and his wife Janet of Potosi and by many other dear and special relatives and friends. In addition to her parents, she was also preceded in death by three great grandchildren, John Edward Gilliam, Dustin Siedleman, Christopher Todd Fairfield, Jr. and two brothers, James Franklin and John Edward Franklin, Jr.
Judith had a great love for her Lord and Savior and was a member of the Fellowship Missionary Baptist Church. She enjoyed her time attending and serving the Order of Eastern Star, Browne Chapter 320.
She had a great talent for cooking and baking It was one of her greatest hobbies and was always excited to cook for the family and to pass down recipes to her grandchildren.
Her greatest love was her family, each of them held a very dear and special place in her heart. She was always excited to see any of the grandchildren walk thru the door. Each of them brought a twinkle to her eye and a great warmth in her heart.
A very special Thank You from Alva and his sons to Elizabeth Gilliam-Verharst, Shelly Gilliam-Fairfield, Kristie Gilliam, Donna Gilliam, Katie Gibson and all the care givers from Serenity Hospice for their Love, Care, Dedication and the many sacrifices they gave.
A kind and loving wife, mother, sister, grandmother great grandmother and friend who will forever be loved and remembered.

To order memorial trees or send flowers to the family in memory of Judith Gwendolyn Gilliam (Franklin), please visit our flower store.