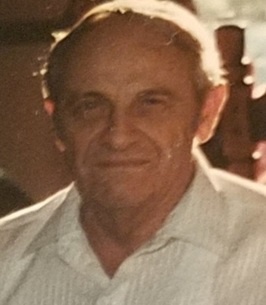 Clement Gilliam of Festus, Missouri died at 9:26 PM on Tuesday night reaching the age of 91 years, 8 months and 22 days. Clement was the son of Murphy and Zona (nee Jenkins) Gilliam and loving step mother Mamie Gilliam. His siblings are his brother Alva L. Gilliam of Potosi and sister (the late) Reva Morgan of Potosi, Missouri. Clem; as he was known, married Virginia L. Koester Gilliam in 1953 and they had one son Bryan Eugene Gilliam, both who preceded him in death. Clement also had his sister-in-law Judith Gilliam and brother-in-law Al Morgan who preceded him in death.
Clement, after graduating from Potosi High School, worked for Union Electric as a lineman until he retired; as well as, serving with the Missouri National Guard for 11 years. After retiring Clem being a spirited hunter and adventurer, along with his wife Ginny, they traveled throughout the U.S. following their dream to see as much of this beautiful country as possible.
Clem loved searching the family ancestry, researching pictures of our heritage and talking about our family history. Clem loved the opportunity to tell family and friends of the rich history he had discovered with years of research. He was proud of his family heritage, especially of the Breakfeild lineage. Those who knew Clem, know how much he loved to tell stories of growing to those who would take time to listen. They were always amazed of the stories of his youth, the many adventures of Clem and his brother Alva growing up. Probably more amazed that they survived their many wild adventures driving trucks, cars and motorcycles with reckless abandonment and working driving dump truck with their dad, as pre-teens.
Clem was a member of Faith Baptist Church in Festus, Masonic Shekinah Lodge #256, Order of the Eastern Star #325 and Plattin Rock Boat Club.
Along with his brother Alva, Clement is survived by nieces, nephews and friends who are left to mourn his loss
The family would like to recognize those who provided physical and nursing care for Clement at Maplebrook Assisted Living, Farmington and Georgian Gardens Nursing Center, Potosi. We thank you for your patience, provision and love extended. A special thanks to those of Serenity Care who were so loving and compassionate to Clement, we will never forget the love and respect shown.

To order memorial trees or send flowers to the family in memory of Clement Eugene Gilliam, please visit our flower store.