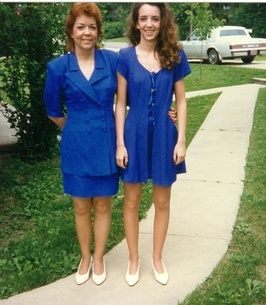 Janet Faye (Politte) Gillam of Cadet, Missouri was born April 11, 1946 in St. Louis, Missouri a daughter to the late Earl Joseph Politte and Lillie Sylvia (Boyer) Politte. Janet departed this life Saturday, March 20, 2021 having reached the age of 74 years, 11 months and 9 days.
On June 10, 1967, Janet was united in marriage to Clyde Harvey Gillam and they were blessed with fifty-three years and many wonderful memories together.
Janet is survived by her loving husband, Clyde; daughter, Tracy Pallardy and husband Rob of St. Charles, Missouri; son, Wesley Gillam of Park Hills, Missouri; sisters, Wilma Kernan and husband Pat of Farmington, Missouri, Joan Kincaid of Cadet, Missouri, Sandy Swift and husband Danny of Potosi, Missouri; sisters-in-law, Mary Politte of Cadet, Missouri, Rachel Politte of Cadet, Missouri; grandchildren, Brayden Pallardy, Tanner Pallardy, Isabelle Gillam, Elaina Gillam, Alyssa Gillam, Scarlet Koster, Abigail Golden and many nieces, nephews, other relatives and friends.
In addition to her parents, Janet was preceded in death by her sister, Hazel Pinson; brothers, Bob Politte, Kenny Politte, Ronnie Politte; brothers-in-law, Harold Pinson, Donnie Kincaid, Harold Gillam and sisters-in-law, Karen Bailey, Glendora Gillam, Louise Gillam, Norma Gillam and Doris Hooper
Janet had an outgoing personality and loved to have a good time. Bingo was her favorite game and she spent many evenings playing with her friends. She loved the outdoors and took many camping trips with friends and family. The holidays were her favorite time of year. She loved hosting and cooking for her family, but most of all, she loved Black Friday shopping and venturing off in the early morning to get a good deal. She was a loving mother, wife, sister, and grandmother who loved spoiling her grandchildren. Her memory will be kept in the hearts of those who loved her.

To order memorial trees or send flowers to the family in memory of Janet Faye Gillam (Politte), please visit our flower store.