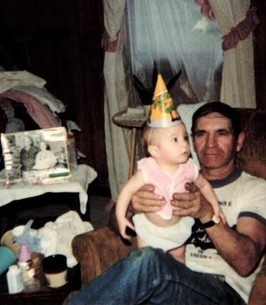 Donald James Gibson of Farmington, Missouri was born July 30, 1930 in Cantwell, Missouri, a son to the late Alfred Gibson and Laura (Owens) Gibson. Donald departed this life Thursday, December 3, 2020 having reached the age of 90 years, 4 months and 4 days.
On July 3, 1955, Donald was united in marriage to the late Clara “Jennie” (Skaggs) Gibson and together they shared forty- nine wonderful years together.
Donald is survived by his sons, Charles Gibson of Columbia, Missouri, Donald Gibson, Jr. and wife Dottie of Black, Missouri; daughters, Nancy Coleman of Potosi, Missouri, Pam Dickey and husband John of Farmington, Missouri, Roxanne Gibson of Farmington, Missouri; brothers, Paul Politte and wife Marilyn of Potosi, Missouri, Alvin Gibson of Potosi, Missouri; sister, Dee Kitchell and husband Vernon of Mineral Point, Missouri; sixteen grandchildren; twenty- one great grandchildren and many other relatives and friends.
In addition to his parents and loving wife, Donald was preceded in death by his brothers, Olen Gibson, Floyd Gibson, Melvin Gibson; sisters, Lilly May Gibson, Laura Saunders and son-in-law, Stanley Coleman.
Donald was a hard worker, who did not quit until the job was done. He was a proud veteran of the United States Army, serving from 1947-1953. He was a loving family man and enjoyed hunting, fishing and spoiling his grandchildren. He lived life to its fullest and always helped those in need. He will be deeply missed by those who loved him.

To order memorial trees or send flowers to the family in memory of Donald James Gibson, please visit our flower store.