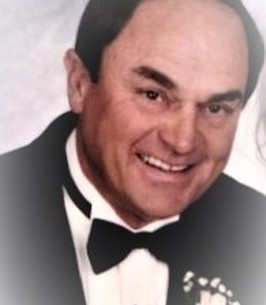 William Joseph Gibson, known by family and friends as “Billy Joe” was born in Ironton, MO on February 27, 1946 to the late Ruby Skaggs Gibson and Lionel Gibson. Billy Joe departed this life Saturday, March 12, 2022 at Barnes Jewish Hospital surrounded by his loving family having reached the age of 76 years.
On January 24, 1969 Billy Joe was united in marriage to Sharon Jarvis at the Fellowship Baptist Church in Potosi, MO and they were blessed with two loving daughters.
Billy Joe is survived by his loving and devoted wife of 53 years, Sharon Gibson, two daughters Tonya and husband Matt Bradley and Shelley Gibson all of Potosi, MO. Also surviving are two grandchildren, Eli Bradley and Madeline Bradley, honorary grandson, Jay; sisters-in-law Ruth Dickey of Branson, MO, Shirley Turnbough of Irondale, MO nieces, Tammy Ruiz and husband Bob; nephews, Greg Turnbough and Barry and wife DeAnna Turnbough as well as great nieces, great nephews, other relatives and dear and special friends.
In addition to his parents, Billy Joe was preceded in death by one sister, Melba Jean Gibson, brothers-in-law Avondel Turnbough and Jim Dickey.
Billy Joe was a 1964 graduate of Potosi High School. He played sports in school with basketball being his favorite. After graduation he attended college in Colorado to study Diesel Mechanics.
Billy Joe served in the United States Army from 1966 to 1968 during the Vietnam War. During his time in the military, he was awarded the National Defense Service Medal, Combat Medal, Infantryman Badge, Vietnam Campaign Medal with devise 60, and Vietnam Service Medal with Bronze Service Star.
Billy Joe was known as a hardworking and honest businessman. He owned and operated Gibson Excavating for more than 40 years. He especially enjoyed working with his dad in the excavating business. Billy Joe also helped Sharon and Shelley with the family business, The Country Corner Florist and Antiques where he was known for his talent in growing their special home grown mums for many years.
He had many hobbies through the years, showing horses, racing dune buggies, fishing, hunting, golfing, listening to music, watching western shows, and especially spending time with his buddies, his family, and their many family pets. He also enjoyed boating and spending time at Table Rock Lake with his family and friends. Billy Joe’s strong faith in God was evident by his prayers and strength. We can find some peace in knowing he is rejoicing in heaven. Billy Joe will be missed by all who knew and loved him.

To order memorial trees or send flowers to the family in memory of Billy Joe Gibson, please visit our flower store.