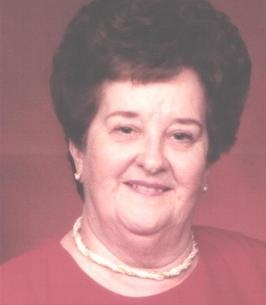 Alberta Ruth Fraley of Arnold, MO was born March 20, 1929 in Frankclay, MO a daughter to the late William Radford Davis and Velma Laura (Jarvis) Davis. Alberta departed this life Sunday October, 6 2019 having reached the age of 90 years, 6 months and 16 days.
On December 23, 1944 Alberta was united in marriage to the late Harold Fraley in Pocahontas, AR and they were blessed with 65 wonderful years together.
Alberta is survived by one son, Bob Fraley and wife Donna of Arnold, MO; one brother, Donald Davis of Pevely, MO; one sister, Kathleen Barton and husband Joe of Irondale, MO; Sister-in-law, Sue Davis of Irondale, MO; Daughter-in-law, Elaine Mercer and husband Marvin of Potosi, MO; six grandchildren: Bill Fraley, Don Fraley, Angie (Pat) Murphy, Missy (Andy) Wilhoit, Jeff (Michelle) McEntire and Janet Wagner; in addition to 14 great grandchildren, 13 great great grandchildren and many nieces, nephews, relatives and friends.
In addition to her parents and beloved husband, Alberta was preceded in death by one son, Richard “Rick” Harold Fraley; two brothers, Lester Davis and Paul Davis.
Alberta accepted Christ as her savior at a young age. She always took the time to help others and listen to them. She loved to sit and talk with people and hear of their travels. Alberta enjoyed traveling herself and seeing the beautiful landscapes that God created. One of her favorite past times was visiting cemeteries, with her good friend Luther Jarvis, and sewing and crocheting. Alberta’s sense of adventure, warm and welcoming personality, will be missed greatly by all.

To order memorial trees or send flowers to the family in memory of Alberta Fraley (Davis), please visit our flower store.