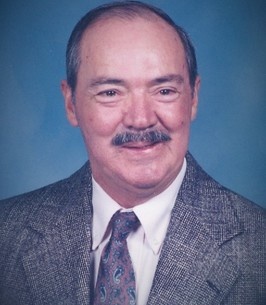 Wesley “Wes” Earl Forrester of Potosi, was born August 28, 1936 in Potosi a son to the late Etta Charlotte (Glore) Forrester and Wesley Forrester, Sr. Wes departed this life Wednesday, June 16, 2021 having reached the age of 84 years, 9 months and 19 days.
On March 7, 1959, Wes was united in marriage to Sharon (Kathcart) Forrester and they were blessed with sixty-two years together.
Wes is survived by his loving wife, Sharon; daughters Tamera Swyers of Defiance, Missouri, Tracy Taylor and husband Chad of Foley, Alabama; son, Scott Forrester and wife Barbara of Washington, Missouri; grandchildren, Amanda, Adriene, Scotty, Ryan, Jessica, Sara, Jared, Logan; great grandchildren. Lynlee, Jeremy, Harper, Bodhi, L.J., Joseph, Sami, Paisley, Adalyn, Zoey, Skyler; In-laws, Phyllis Vance, Glenda (Perry) Farrow, Debbie Belfield, Jean (Ross) Roberson, Leroy Rolens and many nieces, nephews, other relatives and friends.
In addition to his parents, Wes was preceded in death by a grandson, Jeremy Forrester; brother, James Howard Forrester; sisters, Estelle Lawson, Mary Louise Counts, June Gibson, Diana Probst and In-laws, Marian “Kitty” Rolens and Robert Kathcart.
Wes was a loving husband, father, brother and grandfather, always putting others before himself and making sure his family was taken care of. He proudly served with the United States Army from 1958-1964. He dedicated this life to Christ early in his life and was a faithful member of the St. James Catholic Church. He loved to play softball and loved to coach his kids in ball. He enjoyed traveling and going for drives with no particular destination. He was proud of his field of work and was a member of the McDonnell Douglas Sages Retirement Club. He will be greatly missed and the many memories he gave will be treasured.

To order memorial trees or send flowers to the family in memory of Wesley "Wes" Earl Forrester, please visit our flower store.