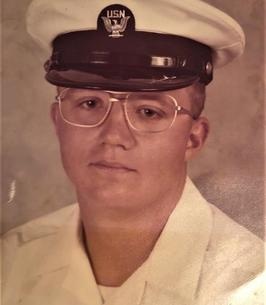 Gregory “Greg” Allen Emily was born October 2, 1956 in Bonne Terre, Missouri a son to the late Raymond Oscar Emily and Ruth Louise (Eckhoff) Emily. Greg departed this life Friday, February 26, 2021 having reached the age of 64 years, 4 months and 24 days.
Greg is survived by his son, Ace Eckhoff and wife Angela of Farmington, Missouri; life partner, Pamela Eckhoff of Mineral Point, Missouri; sister, Allison Emily of Edgar Springs, Missouri; grandson, Bryce Eckhoff of Farmington, Missouri; grandmother, Freda Stringer of Potosi, Missouri ; family members, Jennifer and Jared Pratt of Springfield, Missouri and many other relatives and special friends.
In addition to his parents, Greg was preceded in death by his brother, Steven Emily and sister, Angela Emily.
Greg was blessed with many artistic gifts. He loved to draw and displayed his art work around his home. In his leisure time, he enjoyed watching football and working around his home. He greeted everyone with a welcoming smile and never met a stranger. He always put other before himself, never asking for anything in return. He left a loving impact on those he met and his memory will be cherished forever.

To order memorial trees or send flowers to the family in memory of Gregory "Greg" Allen Emily, please visit our flower store.