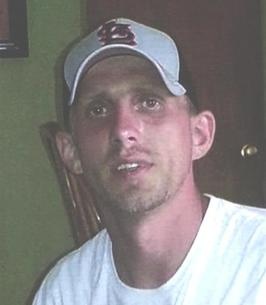 Michael Eckhoff of St. Louis, MO was born January 2, 1981 in St Louis City a son to Adrian Michael Eckhoff and Brenda Sue (Sullivan) Farmer. Michael departed this life Wednesday August 7, 2019 having reached the age of 38 years, 7 months and 5 days.
Michael is survived by his loving parents, two brothers Joseph Eckhoff of Afton, Mo, Ace Eckhoff of Potosi, MO, six sisters Angela Aukamp and husband Bryan of St. Louis, MO, Jackie Matthew and husband John of Park Hills, MO, Cindy DeClue of Cadet, MO, Mary June Rowe of Bonne Terre, MO. Debbie Eckhoff of Afton, MO and Jeanette Eckhoff of St. Louis, MO.
Michael was energetic and always on the go. He enjoyed fishing and spending time outside. Michael was a “gear head” and loved to tinker with anything that had wheels and an engine. Most of all Michael loved his family and friends. Michaels’ energy and loving nature will be missed by all who knew him.

To order memorial trees or send flowers to the family in memory of Michael Eckhoff, please visit our flower store.