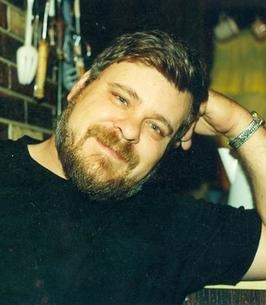 Joseph Daily Eckhoff, Sr. of Leadwood, Missouri was born May 11, 1950 in Cadet, Missouri a son to the late Joseph Charles Eckhoff and Mildred Ellen Pratt. Joseph departed this life Tuesday, November 2, 2021 having reached the age of 71 years, 5 months and 22 days.
On May 18, 1968, Joseph was united in marriage to Carol (Wilkerson) Eckhoff and for the next 53 years they shared many memories together and raised a beautiful family.
Joseph is survived by his loving wife of 52 years, Carol; daughter, Jodi Dallas Blair of Leadwood, Missouri; son, Joseph Eckhoff, Jr. and wife Elizebethe of Bonne Terre, Missouri; sisters, Sheila Harris and husband Ken of Bonne Terre, Missouri, Shannon Pratt of Potosi, Sharon Drennen of Mineral Point, Missouri; brothers, Dwight Eckhoff of Mineral Point, Missouri, Dennis Eckhoff of Leadwood, Missouri, Kevin Eckhoff of Park Hills, Missouri, Kelly Eckhoff and wife Mary of Mineral Point, Missouri, Scott Eckhoff and wife April of Mineral Point; five grandchildren, Maurice, Derrick, Desirea, Jayla, Daja and many nieces, nephews, other relatives and friends who will miss him deeply.
Joseph had a big heart and was a loving family man. He worked in the trucking industry for most of his life and loved to tell stories of his travels. He loved to smoke meat and have all of his family and friends over for big dinners and play games and relax. He loved to hunt and fish and took many fishing trips with his friends and family. He was a talented and skilled wood worker and loved to show off his creations. His memory will be a great treasure and the love he gave everyone he met will never be forgotten.

To order memorial trees or send flowers to the family in memory of Joseph Daily Eckhoff Sr., please visit our flower store.