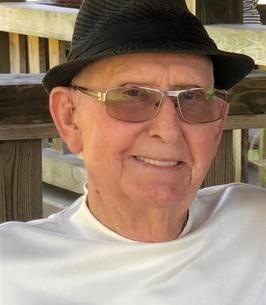 Melvin Henry Eaves, known to all as Henry, of Mineral Point was born February 14, 1934 in Potosi a son to the late Martin Dee Eaves and Myrtle Bessie (Jones) Eaves. Henry departed this life Sunday, May 30, 2021 having reached the age of 87 years, 3 months and 16 days.
On March 27, 1953, Henry was united in marriage to Dorothy (Trokey) Eaves and they were blessed with sixty-eight years together.
Henry is survived by his loving wife, Dorothy; son, Gary Eaves and wife Brenda of DeSoto; granddaughter, Heather (Graeme) Franks of Aurora, Illinois; great granddaughter, Elliana and Isabel Franks; in-laws, Janet and Gary Showmaker, Lohma Trokey, Phyllis Trokey, Zella Eaves and many nieces, nephews, other relatives and friends.
In addition to his parents, Henry was preceded in death by his brothers, Martin (Norma) Eaves, Glenwood Eaves, Charles (Sue) Eaves; sisters, Arlene Anderson, Celia (Sylvester) Wright, Clara (James) Henson and Elizabeth (Howard) Crim.
Henry was a kind and caring man, who always put others before himself. He was blessed with mechanical skills and had a passion for restoring vehicles to their former glory. Above everything else, his family is what was most important to him and he loved them unconditionally. His memory will be cherished by all who loved him.

To order memorial trees or send flowers to the family in memory of Henry Eaves, please visit our flower store.