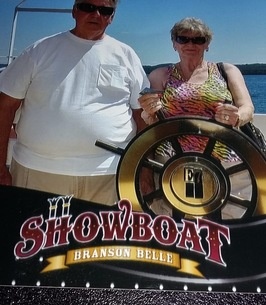 Walter Gray “Bud” Eaton of Potosi, Missouri departed this life surrounded by the Love and Care of his family at 12 noon Thursday, February 28, 2019 at his home. Bud was born August 5, 1938 in Potosi, Missouri, a son of the late Verda Grace (Bouse) Eaton and John Clifton Eaton. Bud was Eighty years, six months and twenty-three days of age at his passing.
Bud was united in marriage to Joyce Granger of November 11, 1959 at the Potosi United Methodist Church. They were blessed to have two children born to the union.
Bud is survived by his dear wife of more then fifty-nine years, Joyce Eaton of Potosi; his daughter and her husband, Debra and Ernie Wilkinson of Potosi; his son and his wife, Matthew and Aimee Eaton of Potosi; one sister and her husband, Mary Sue Gamble and Doug Wilson; one brother and his wife, John Bruce Eaton and Linda of Warrensburg; seven grandchildren, Jarrod Logsden and wife Adrianne, Elijah Wilkinson, Kaleb Wilkinson, Kieranne Wilkinson, Emma Eaton, Ean Eaton and Kaylee Miner; two great granddaughters, Kallee and Kendall Logsden; a very dear and special nephew and his wife, Randy and Janice Eaton of Potosi and by many other dear and special relatives and friends. In addition to his parents, he was also preceded in death by one brother and his wife, Herman and Betty Eaton; his step mother, Melba (Moss) Eaton; grandparents, Charles and Ida Belle (Franklin) Eaton and Ed and Julie (Isgriggs) Bouse.
Bud was a member of the St. James Catholic Church, Potosi where he had served for many years on the Parish Council.
Bud and his wife were the owners and operators of the Eaton Service Station from 1978 to 2003. He then drove the Bookmobile for the Washington County Library from 2006 to 2018. He was a longtime member of the Potosi Elks Lodge #2218, Potosi Lions Club and the Washington County Fair Board.
His greatest love and joy was his family. Each of them held a very special place in his heart. He was always ready for a family gathering and cherished each minute spent with each of them. Bud’s second love was his community, from owning a business, driving the Bookmobile and serving the community with the Potosi Fire Protection District as a Volunteer firefighter and driver from 1978 to 1995 and then serving on the reserves until his retirement.

To order memorial trees or send flowers to the family in memory of Walter "Bud" Eaton, please visit our flower store.