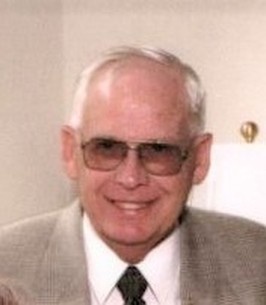 Theodore (Ted) Edward Dickey of Irondale, Missouri was born September 2, 1928 in Irondale, Missouri, a son to the late Arthur T. Dickey and Mabel (Martin) Dickey. Ted departed this life Friday, February 25, 2022 having reached the age of 93 years, 5 months and 23 days.
On May 27, 1949, Ted was united in marriage to Jessie (Bobbett - Denton) Dickey and they shared 72 years of loving memories.
Ted is survived by his loving and devoted wife of 72 years, Jessie; son, Ken Dickey of Irondale; daughters, Sally Boffa and husband Bruno of Jasper, Georgia; and Janet Dickey and David Otto of Oklahoma City, Oklahoma; son – in – law, Darrell Forinash of Oakville, Missouri grandchildren, Brian, Mark, Andrew, Lauren, Lois, Stuart; great grandchildren, Riley, Cole, Baker, Blake, Boden, Jessie, Addie, Penny, Marigold, Zella, Rory, Sam, Ellinor, Margaret and many nieces, nephews, other relatives and friends.
In addition to his parents, Ted was preceded in death by his infant son, Stephen Garry Dickey, daughter, Nancy Forinash, brother, Robert Dickey, sisters, Pauline Errett, Evelyn Barger, Ardath Wishon, Dorothy Langley and Mary Albert.
Ted was a talented carpenter and constructed many homes in the area. He was also a rural mail carrier and served the area for over twenty years. He had a passion for woodworking and enjoyed refinishing furniture to its former glory. He served in the United States Air Force from 1952 – 1953 and was proud of his service to his country. He loved the outdoors and spending time with his family. He will be greatly missed.
Private interment at a later date.
Online condolences may be made to the family at www.moorefunerals.com

To order memorial trees or send flowers to the family in memory of Theodore Edward Dickey, please visit our flower store.