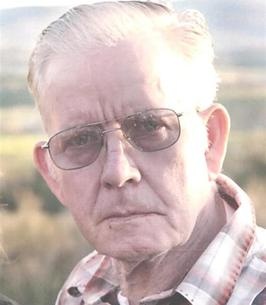 William Wade “Willie” Delashmit, Sr. of Belgrade, Missouri, a son of the late William Guy and Lola Agnes (Moses) Delashmit. Willie departed this life on February 19, 2019, at his residence, having reached the age of 75 Years, 1 Month and 13 Days.
Willie was united in marriage to LaDonna Tatum on February 24, 1963, in Concordia, Kansas.
Willie is survived by his loving and devoted wife LaDonna Delashmit of Belgrade, MO, two daughters, Sue Ann Stricklin and husband Stan of Belgrade, MO, Lola Jean Lawson and husband Jerry, Jr. of Hawk Point, MO, one son, William W. Delashmit, Jr. and wife Trina of Belgrade, MO, three sisters, Bea Hellwig of Potosi, MO, Ann Buckley of Potosi, MO, Marion Watson and husband Jim of St. Clair, MO, one brother, Gene Delashmit and wife Patsy of Bellview, MO, eleven grandchildren, John Reeves and wife Mindy, Kristina Reeves, Dylan Pyatt, Desirae Pyatt, Austin Delashmit, Noah Delashmit, Natalee Delashmit, Misty Stricklin, Junior Stricklin, Courtney Lawson and Ashley Lawson, four great grandchildren, Danny Reeves, Abby Reeves, Weston Walker and Wyatt Walker and by many other relatives and friends. In addition to his parents Willie was also preceded in death by one son, Bill Wade Delashmit, one sister, Dollie Delashmit and one brother, Lovell Delashmit.
Willie enjoyed attending the Hope Church and its many activities. Prior to his retirement Willie was employed with the Doe Run Mining Company for many years. Bill was an avid woodworker, who could often be found in his woodshop making furniture, gazebos and many other things for family and friends. He enjoyed carpentry work and was very proud to help in the rebuilding of several local churches.
Willie had a great love for his family, he cherished his many years with his wife and was very proud of his children, grandchildren and great grandchildren. Bill was a kind and loving man who always had a shoulder to lean on and ear to speak to and words of wisdom to share. He will forever be loved and remembered.

To order memorial trees or send flowers to the family in memory of William Wade Delashmit Sr., please visit our flower store.