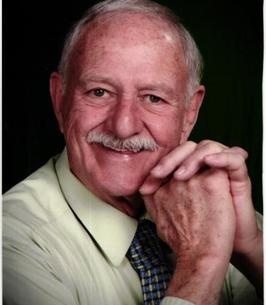 Howard Kenneth DeGonia, known by family and friends as “Kenny”, was born June 18, 1942 in Cadet Missouri a son to the late Howard William DeGonia and Esther (Cook) DeGonia. Kenny departed this life Friday, March 11, 2022 having reached the age of 79 years, 8 months and 21 days.
Kenny is survived by his devoted wife, Ronda; daughter, Debbie Boyer and husband Brent of Mineral Point; granddaughter, Colleen Breakfield and husband Taylor; step daughters, Stephani Ray of St Clair, Krystal Dockins of Alton, Illinois, Kendra Dockins of Villa Ridge, Missouri, Lynn Dockins of Alton, Illinois; sister, Joanne Hahn and husband Bob of Potosi; step grandchildren, Austin Castledine, Jada and Justyce Malaway; step great grandchildren, Aaliyah, Artis and Stella Castledine and many nieces, nephews, other relatives, and friends.
In addition to his parents, Kenny was preceded in death by his sisters, Mary Lee Pashia, Yvonne DeGonia and Carol Du.
Kenny dedicated his life to helping and serving others. He served in the United States Army from 1962-1968 and often shared stories of his military time. He was a faithful member of St. Joachim Catholic Church and was involved with maintenance and serving. He loved hunting, fishing, gardening, canoeing, and going on camping trips with friends and family. He also loved to water ski, spend time outdoors and travel. He was able to share his birthday with his sister Carol and his daughter, Debbie, who he delivered on his 29th birthday. He never met a stranger and greeted everyone with a welcoming smile. He was there to help others in need and never asked for anything in return. He will be greatly missed by those who had the privilege of knowing him.
In lieu of flowers, memorial donations may be made to St. Joachim Catholic Church for Masses, VA, or St. Jude’s Children’s Hospital at 501 St. Jude Place, Memphis, TN 38105.

To order memorial trees or send flowers to the family in memory of Howard "Kenny" DeGonia, please visit our flower store.