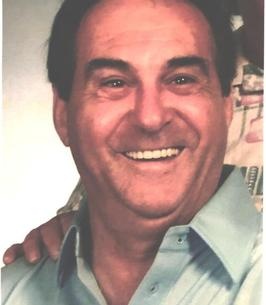 Earl DeClue of Londell, MO was born September 9, 1937 in St. Louis city a son to the late Alex DeClue and Lena (Boyer) DeClue. Earl departed this life Monday August 12, 2019 having reached the age of 81 years, 10 months and 20 days.
Earl is survived by one son Brian DeClue and wife Shannon of St. Louis, MO, two brothers Bill DeClue of Richwoods, MO, Donald “Sunny” DeClue of Richwoods, MO, two sisters “Sissy” Hurley and husband Sonny of St. Louis, MO, Cindy DeClue of St. Louis, MO and one adopted grandson Cameron Smith of Affton, MO.
In addition to his parents, Earl was preceded in death by his wife Brenda (Trokey) DeClue, one son David DeClue, five brothers Bob DeClue, David DeClue, Bud DeClue, Nelson DeClue, Arthur DeClue and one sister, Florence Thoms.
Earl was outgoing and a friend to everyone he met. Earl loved to take road rides and see the beautiful scenery that Mother Nature has to offer. Every day was an adventure for Earl. Earl loved the St. Louis Cardinals and never missed a game. Most of all, Earl loved his family and his friends cherishing every moment they spent. Shortly after Earl received his heavenly reward, he was joined by his son Brian.
To order memorial trees or send flowers to the family in memory of Earl Joseph DeClue, please visit our flower store.