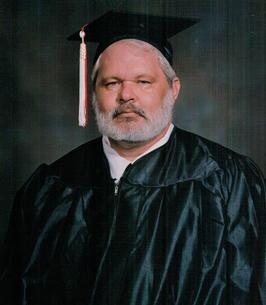 Daniel Joseph DeClue of Park Hills, Missouri was born April 30, 1957 in Saint Louis, Missouri, a son to Charles B. DeClue and the late Carolyn Lorraine (Kearns) DeClue. Daniel departed this life Saturday, January 30, 2021 having reached the age of 63 years and 9 months.
Daniel is survived by his loving father, Charles DeClue of Potosi, Missouri; daughter Brooke Pedrotti – Fergueson and husband John of High Ridge, Missouri; son, Ryan DeClue of Farmington, Missouri; brother, Walter DeClue of Redford, Michigan; sister, Diane Day of Bonne Terre, Missouri; four grandchildren; one great grandchild and many other nieces, nephews, other relatives and friends.
Daniel was a proud veteran of the United States Marines, having served from 1975-1979. During his time with the Marines, he quickly became a Sergeant earning two good conduct medals, and conducted multiple aviation and flight missions’ state side and abroad. He had a deep passion for learning and earned three different Associates Degrees, one Bachelor Degree and two Master Degrees. Above everything else, his family is what was the most precious to him. He always made sure they were taken care of and loved them unconditionally. He was proud of his grandchildren in all they accomplished and loved sharing his knowledge and stories with them. His memory will be cherished and he will be deeply missed by those who had the pleasure of knowing him.


In Lieu of Flowers Memorials are asked to be directed to Camp Hope.

To order memorial trees or send flowers to the family in memory of Daniel Joseph DeClue, please visit our flower store.