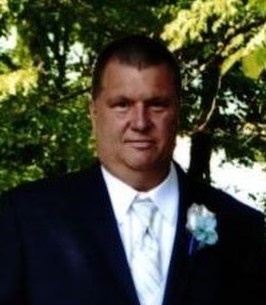 Gary Allen Decker, Sr. of Cadet, Missouri was born March 9, 1967 in St. Louis, Missouri a son to the late Clifford Decker and Marie (Sparks) Decker. Gary departed this life Sunday, October 25, 2020 having reached the age of 53 years, 7 months and 16 days.
On April 24, 1986 Gary was united in marriage to Dana (Courtway) Decker and they were blessed with two children and thirty-four wonderful years together.
Gary is survived by his wife, Dana; daughter, Erica Santiago and husband Chris of Cadet, Missouri; son, Gary Decker, Jr. and fiancé Jessica of Cadet, Missouri; brothers, Ronald Decker and wife Linda of Farmington, Missouri, Donnie Decker of St. Louis, Missouri; sisters, Debbie Carter and husband Dave of Granite City, Illinois, Diane Benner and husband Bob of Granite City, Illinois; five grandchildren, Jenna, Bailey, Andrea, Westin, Brandon; in-laws Linda Prater and Mike Jensen of Grand Rapids, Michigan, Ronald (Robyn) Courtway of Granite City, Illinois and many other relatives and friends.
In addition to his parents, Gary was preceded in death by his brother, Jerry Decker; sisters, Glenda Decker, Linda Johnson; nephew, Donald Joe Mosely and mother and father–in-law June and Harold Courtway.
Gary was a kind and caring man always helping others in need, never asking for anything in return. His genuine love for people extended into his daily work. He was a smart business man, owning a re-sale shop and Decker and Son Auto Care. His family and grandkids were his pride and joy. He will be missed by all who had the privilege of knowing him.

To order memorial trees or send flowers to the family in memory of Gary Allen Decker Sr., please visit our flower store.