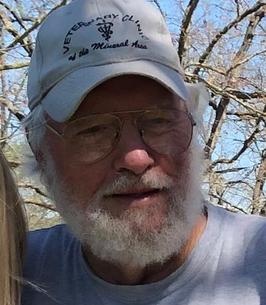 David E. Craig of Potosi, Missouri was born April 27, 1942 in St. Louis, Missouri, a son to the late George Walter Craig and Fonda Ree (Remmert) Craig. David departed this life Tuesday, January 19, 2021 having reached the age of 78 years, 8 months and 23 days.
David is survived by his daughters, Debra Koch and husband John of Cadet, Missouri, Connie Koch and husband Paul of Cadet, Missouri, Karen Marler of Cadet, Missouri; three grandchildren; nine great grandchildren; sister-in-law Jennie Craig of St. Louis, Missouri; mother of his children, Neeta Craig and family and many other relatives and special friends.
In addition to his parents, David was preceded in death by his sister, Bessie Craig and brother, George Craig.
David was a loving father and a genuine friend to all he met, his smile could light up a room. He was a hard worker and loved maintaining his farm and tending to his beautiful flowers that were admired by all. He worked for many years at the Post Office, before retiring, and served his community proudly. Family is what meant most to him and he loved to spoil his grandchildren. His memory will live on in the hearts of all the lives he touched.

To order memorial trees or send flowers to the family in memory of David Craig, please visit our flower store.