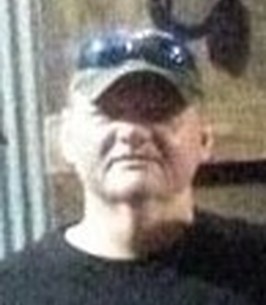 Jeffrey Blaine Conway of Potosi, Missouri was born October 25, 1965 in Festus, Missouri, a son to the late Marion James Conway and Geneva (Richards) Conway. Jeffrey departed this life Sunday, September 27, 2020 having reached the age of 54 years, 11 months and 2 days.
On October 24, 1998, Jeffrey was united in marriage to Wanda (Missey) Conway and they were blessed with twenty-one years together.
Jeffrey is survived by his loving wife, Wanda; daughter, Roxie Hedrick and husband Jeremy of Moberly, Missouri; son, Jesse Conway of Columbia, Missouri; step sons, Justin Osia of Potosi, Missouri, Glen Osia of Potosi, Missouri; sister, Patricia Boehmer of St. Louis, Missouri; brothers, Mike Conway and wife Bernetta of Mineral Point, Missouri, Benny Conway and wife Carol Ann of St. Clair, Missouri, Gary Conway of Potosi, Missouri, Chris Conway and wife Janet of Park Hills, Missouri; seven grandchildren and many nieces, nephews, other relatives and friends.
In addition to his parents, Jeffrey was preceded in death by a daughter, Mindy Marie Conway and grandson, Justin Silas Osia.
Jeffrey was kind hearted and a hard worker, he did not quit until the job was done. No matter the situation he was there to help others in any way he could. He loved being outside and enjoying the gifts of Mother Nature, particularly camping with friends and family. He loved his family dearly and he will be greatly missed by those who had the privilege to meet him.
A Celebration of Life will be held Saturday, November 7, 2020 at Twin Eagle Lake Estates at 12PM.

To order memorial trees or send flowers to the family in memory of Jeffrey Blaine Conway, please visit our flower store.