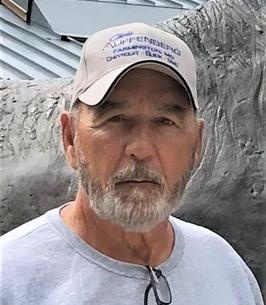 Lynn Edward Coleman of Mineral Point was born January 3, 1947 in Mineral Point a son to the late “Cebe” (Nosser) Coleman and Leonard Joseph Coleman. Lynn departed this life Wednesday, November 10, 2021 having reached the age of 74 years, 10 months and 7 days.
On June 7, 1968, Lynn was united in marriage to Glenda (Smith) Coleman and together they traveled the country, happily raised two children, and shared 53 years together.
Lynn is survived by his loving and devoted wife of 53 years, Glenda; daughter, Angela “Angie” DeClue of Potosi; son, Mark Coleman of Mineral Point; sisters, Alvina “Guy” Coleman of Mineral Point, Gail Missey and husband Bill of Potosi, Kara Richeson of Quincy, Illinois; brother Neal Coleman of Quincy, Illinois; grandchildren, Devon, Andrew, Maelyn, Adria; great grandson, Joshua and many other, nieces, nephews, other relatives, and dear and special friends that will miss him.
In addition to his parents, Lynn was preceded in death by his brothers-in-law, Kenny Coleman, Hunter Smith and sisters, Marie Abney and Betty Giles.
Lynn was a loving and devoted husband, father, grandfather and a special friend to all he met. He had a passion for helping others, especially those with disabilities. He served on the board of Senate Bill 40 for many years. He was also a member of many other local organizations such as Potosi Elks Lodge #2218, Forche Valle Golf Country Club, VFW Post #6996 and a lifetime member of Disabled Veterans of America. Lynn was also a gifted athlete and had a passion for baseball. He was drafted by the Cincinnati Reds in the 28th round of the 1965 MLB amateur draft. Soon after, he was called to serve his country in the United States Marine Corps. He served in the Marines from 1966-1972. During his service, he fought in the Vietnam War, was awarded the Good Conduct Medal, National Defense Medal, Vietnamese Service Medal and Vietnamese Campaign Medal. In his later years he enjoyed playing Golf with friends, hunting with his grandchildren, working around his home and traveling. Through the many trials of life his family stood by his side and he loved them unconditionally. His memory will never fade from the hearts of those he loved. He touched many lives with his love and generosity. If you ask anyone, they will tell you what a great man he was and what a privilege it was to call him a friend.

Memorials preferred to be directed to:
Enhancements, Inc. or Wash. Co. VFW Post #6996

To order memorial trees or send flowers to the family in memory of Lynn Edward Coleman, please visit our flower store.