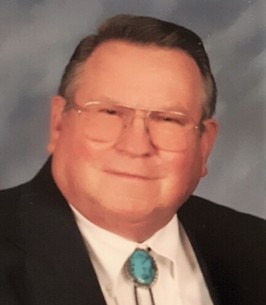 Glen Eugene Broombaugh of Potosi, Missouri was born January 11, 1932 in Richwoods, Missouri a son to the late Emmett James Broombaugh and Hattie Mae (Kirchoffer) Broombaugh. Glen departed this life Friday, July 31, 2020 having reached the age of 88 years 6 months and 20 days.
On September 5, 1953, Glen was united in marriage to the late Claudia Jean (Singleton) Broombaugh and they were blessed with many wonderful years together.
Glen is survived by his two daughters, Lydia Thompson and husband Rick of Potosi, Missouri, Diane Dalton and husband Ronnie of Caledonia, Missouri; two sons, John Broombaugh and wife Deborah of Richwoods, Missouri, Jimmy Broombaugh and wife Susan of Potosi, Missouri; twenty-six grandchildren; twenty-six great grandchildren and many nieces, nephews, other relatives and friends.
In addition to his parents and loving wife, Glen was preceded in death by his son, David Broombaugh; sister, Marie Broombaugh; six brothers: Junior Emmett Broombaugh, Charles Aaron Broombaugh, Harold James Broombaugh, Marvin Kowell Broombaugh, Samuel Broombaugh and Jerry Lee (Gerald) Broombaugh.
Glen was a kind and caring man who had a calling for teaching. He always had a word of wisdom to share and a drive to never give up. Glen was a 1951 graduate of Potosi High School and continued his education at Southeast Missouri State College, graduating in 1955 with a Bachelor of Science in secondary education, with an Industrial Arts major and minors in history and social sciences. He was a proud veteran of the United States Army, having served from 1955-1957. After his service, he began his teaching career, starting at Valley High School in Caledonia, Missouri. In 1966, he left Valley High School and began teaching at Potosi High School, he retired in May of 1987. After retirement, he began giving weaving demonstrations and participating in local craft shows. He was also dedicated to his community serving as the Alderman in Potosi, Building Commissioner, University of Missouri Extension Council and Washington County Council on Aging. He also received the Denman District Evangelism Award for his work in ministry. His example of faith, love of teaching, and stewardship to his community will be greatly missed.

To order memorial trees or send flowers to the family in memory of Glen Broombaugh, please visit our flower store.