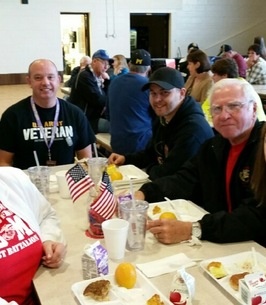 Russel had served his country in the United States Marine Corps, stationed in Santa Ana, California. He served active duty from January 18, 1966 to January 17, 1968 and then was in the Marine Corps reserves until being honorably discharged January 17, 1972. Russell was very proud of his military career and remained military minded and patriotic throughout his life.
Russel was a member of the Potosi Southern Baptist Church and was very dedicated to his church family and its many activities, he also had served as Deacon. Russel enjoyed the many gifts that Mother Nature provided especially hunting and fishing. He greatly enjoyed old cars, traveling and was an avid golfer. After his retirement from Chrysler, Russel enjoyed working with his many friends in the local area, especially Gary Toombs.
His family, especially his grandchildren, was his life, he always had time for each of them and would always smile whenever they would enter his home.

To order memorial trees or send flowers to the family in memory of James Breakfield, please visit our flower store.