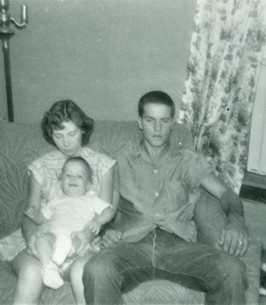 Alfred “Al” J. Boyer of Cadet, Missouri was born December 3, 1937 in Wellston, Missouri and a son to the late Doreen M. (Pashia) Boyer and Alfred S. Boyer, Sr. Al departed this life Sunday, February 7, 2021 having reached the age 83 years, 2 months and 4 days.
On March 10, 1956, Al was united in marriage to the late Doris M. (Aubuchon) Boyer and together they were blessed with many years and wonderful memories.
Al is survived by his sons, Michael Boyer and wife Cheryl of Cadet, Missouri, James A. Boyer and wife Darla of Cadet, Missouri, Terry L. Boyer and wife Ashley of Cadet, Missouri; daughters, Chris M. Boyer of Cadet, Missouri, Peggy Ballard of De Soto, Missouri; sixteen grandchildren, seventeen great grandchildren; special friend, Patty Ramsey and many other relatives and special friends.
In addition to his parents and loving wife, Al was preceded in death by a great grandson, Cody Lane Hiner.
Al was a loving father, grandfather and a great friend. He proudly served his country in the United States Army from 1957-1967 and was awarded the Army Commendation Medal in 1965. His patriotism shown bright throughout his life. After his service, he enjoyed riding motorcycles, four- wheelers, fishing and listening to music. He had many friends he deeply cared for and loved to call them on the phone just to ask about their day and loved sharing stories about his youth and military service. His family is what was most important to him and he cherished every moment he spent with them. His memory will be treasured by all he knew and he will be deeply missed by those who had the pleasure of knowing him.