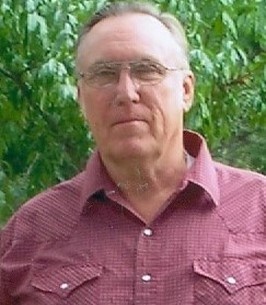 William “Bill” Eugene Bowling was born August 27th, 1940, to Carl and Florence (Hull) Bowling in Bismarck, Missouri. Surrounded by his family and friends, on May 19th, 2022, he made his final journey home to be with them. Bill leaves a wife Karen Horton Barton Bowling who was the love of his life. Since meeting in 2003 they have been inseparable ever since.
In addition to his loving wife, Bill leaves behind a daughter; Lorri Minton and husband Rick of West Plains, MO. Son; Wayne Bowling of Caledonia, MO. Special Stepdaughter April (Barton) Harvey and husband Aaron of Potosi, MO. Three Special Step-Grandchildren; Austin Hill, Riley Hill (Jesse Holloway) and Brayden Richardson (Harvey). Seven Grandchildren; Tabitha Stevens, Jeremy (Rachel) Minton, Ricky Minton, Dustin Minton, Stacy Walton, Daniel (Sheila) Walton, and Gregory (Kimberly) Walton. Fifteen Great Grandchildren. Five Stepchildren from his second marriage; Jim Bone (Sandy), Eddie Bone, Mike Bone (Shiryl), Patty Powell and Betty Borden. In addition to his family, Bill leaves behind many special friends who will greatly miss him.
In addition to his parents, Bill was preceded in death by his daughter Sherry Bowling Bone, The Mother of his children; Alice Skaggs Bowling, and his second wife Patricia Bone Bowling.
Bill and Karen spent all their time together going to car shows and cruise-ins and enjoyed driving around in their Corvette. Bill was a member of the Foothills Car Club for many years, while proudly showing off his Corvette, 1952 Chevy or his 1951 Chevy truck. Bill loved all old model cars, and trucks, motorcycles, and Harleys. However, Chevy was his favorite. Bill worked as an electrician by trade having worked various jobs throughout his life, including Pilot Knob Pellet Company. Bill retired from Granite City Steel in 2005 and enjoyed spending the last of his time tinkering with his old cars and trucks. Bill shared many special interests and made many memories that will be cherished by everyone who knew and loved him.

To order memorial trees or send flowers to the family in memory of William Eugene Bowling, please visit our flower store.