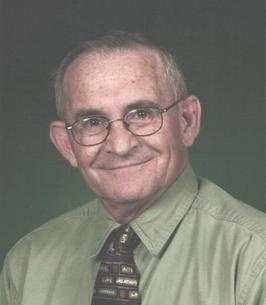 Norman Ray Bowles entered his earthly home on October 3, 1938, and walked thru Heaven’s gate in his brand new body on March 16, 2019. Most likely, he was singing and asking to see His Lord! He was the son of Guy and Agnes Bowles, of Centerville, Missouri.
He married the love of his life, Velma Dement, on April 26, 1957, and together they had four children: Rhonda Bowles of Potosi, Missouri; Kevin Bowles and wife Marcia of Belgrade, Missouri; Kim Nixon and husband Kevin of Potosi, Missouri; and Michele Parrott and husband Clark of Poplar Bluff, Missouri. They were blessed beyond measure to have 7 grandchildren: Eric Shepard and wife Casey of Park Hills, Missouri; Lacey Scott and husband Randy of Lenexa, Kansas; Emily Nixon of Potosi, Missouri; Jordan Stout and husband Klayton of Raymore, Missouri; Kaylee Adams and husband Darin of Cabot, Arkansas; Natalie Jarrell and husband Taylor of Springfield, Missouri; and Hunter Parrott of St. Louis, Missouri. Even sweeter to Norm were his beautiful 8 great-grandchildren: Reese, Parker, and Keegan Shepard, Evie Adams, Finley and Maelyn Stout, Rhen Scott, and Harper Jarrell. Norman is also survived by two sisters, Dorothy Flagg of Michigan and Patty Jo Bowles of Fredericktown; one brother, Larry Bowles and wife Hope of Farmington, Missouri and by many other dear and special relatives and friends. In addition to his parents, he was also preceded in death by three brothers, Winston Bowles, Guy Bowles, Jr. and Burnell Bowles.
Norman served his Country in the United States Navy, he enlisted on May 28, 1956 and was Honorably Discharged on June 28, 1962.
Norman had a great love for his Lord and Savior and was a member of the Potosi Southern Baptist Church. He was very active in its many activities and ministries. His church family held a very dear place in his heart.
Norman enjoyed his community and was a long time member of the Potosi Lions Club. His family was always in his mind, heart and prayers, each of them held a very dear place in his heart. Any time they would come to the house his eyes would shine with pride. Norman will be lovingly remembered and loved by all who knew him.


In Lieu of flowers, Memorial donations may be made to:
St. Jude’s Children’s Hospital.

To order memorial trees or send flowers to the family in memory of Norman Ray Bowles, please visit our flower store.