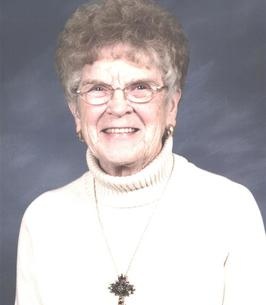 Velma Belleville of Potosi, Missouri was born July 24, 1930 in Crocker, Missouri, a daughter of the late Inah M. (Drace) Shelton and Orville D. Shelton. Velma departed this life on April 9, 2019 at the age of Eighty-eight years, eight months and sixteen days.
She was united in Marriage to the late Everal Hancock on June 24, 1948 and they were blessed to have four children born to the union. Velma later married Rudolph “Rudy” Belleville, the Love of her life on October 18, 2003. Rudy preceded her in death on August 22, 2014 with her at his side.
Velma is survived by three daughters, Shara Denson and husband Jim of Peoria, IL, Jeanne DeGonia and her husband Dave of Potosi, Julie Potter of Troy, Missouri; one sister, Dean Polley of Chesterfield, Missouri; one brother, Larry Shelton of Crocker, Missouri; Fifteen grandchildren; twenty-six great grandchildren, nine great great grandchildren; two step sons, David Belleville and wife Pam of Imperial, Missouri, Gary Belleville and wife Jeanie of DeSoto and by many other dear and special relatives and friends. In addition to her parents and husbands, Velma was preceded in death by one daughter, Paula Nardoni; one sister, Bonnie Singleton; one brother, Ernie Shelton; two son-in-laws, Dan Potter and Bill Ohmert.
Velma had a great love for her flower gardens and working in her yard. She was always willing to go and help others in any way. Her talents of sewing were shared and will forever be remembered. She would relax reading or going for a walk.
A kind and loving lady who will forever be loved and remembered by all who knew her.

To order memorial trees or send flowers to the family in memory of Velma Belleville (Shelton), please visit our flower store.