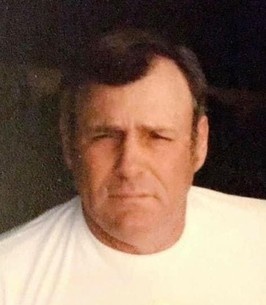 Robert Carl Barton, also known as “Bobby”, of Bismarck, Missouri was born November 7, 1943 in Irondale, Missouri a son to the late Robert Kelly Barton and Jeanette Ruth (Ives) Barton. Robert departed this life Saturday, June 6, 2020 having reached the age of 76 years, 6 months and 30 days.
Robert is survived by his daughters, Cara Rochelle Medina and husband Reynaldo of Hinesville, Georgia, Eden Roxanne Barton of French Village, Missouri; son, Bret Richard Barton of Baden-Wurttemberg, Germany; two sisters, Brenda Jane Guggenberger of Desloge, Missouri, Rhonda Meredith Wimberley and husband Larry of Eucha, Oklahoma; one brother, Michael Kelly Barton and wife Annie of Potosi, Missouri; seven grandchildren, three great grandchildren and many nieces, nephews, other relatives and friends.
In addition to his parents, Robert was preceded in death by two sons, Ryan Bernard Barton and Robert Eric Barton.
Robert never met a stranger and was a genuine person to all he met. He always took the time to help others in their time of need. His faith was his drive to never give up, no matter the challenge. He loved his family with all his heart and the memories he gave will be treasured forever.

To order memorial trees or send flowers to the family in memory of Robert Barton, please visit our flower store.