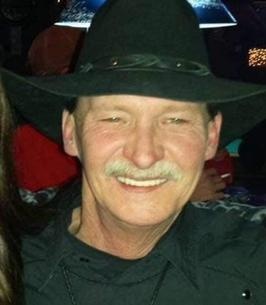 Kenneth Wayne “Dallas” Barton of Rocky Mount, Missouri was born January 16, 1960 in Frankfort, Germany, a son to Burl Eugene Barton and Joyce (Shaner) Mueller- Smoyer. Dallas departed this life Thursday, July 16, 2020 having reached the age of 60 years and 6 months.
Dallas is survived by his mother, Joyce (Bob) Mueller - Smoyer of Hudson, Florida; father, Burl (Lillie) Barton of Madison, Alabama; daughter, Crystal Boyer of Farmington, Missouri; sisters, Cynthia Barton of Leesburg, Florida, Brenda Hawkins and husband James of Clearwater, Florida; brother, Burl Barton, Jr. and wife Candace of Huntsville, Alabama; three grandchildren, Leah Barton, Keanna VanDyke, Stella Boyer and many nieces, nephews, other relatives and friends.
Dallas was preceded in death by his son, William Wayne Barton and granddaughter Isabelle Boyer.
Dallas was a genuine friend to all and was always there to help others in their time of need. He was a proud veteran of the United States Navy, having served from 1981-1986. After he left the Navy, he kept his navy veterans close to his heart and considered them brothers and sisters. He loved to entertain people and make them smile, he enjoyed making jokes and being a D.J while entertaining guests at the lake. He enjoyed the outdoors and took many long trips on his motorcycle. He was a member of the Rocky Mount Amvets and Noble Eagles. He will be greatly missed.

Memorial donations may be made to the Clifford Seaton Benefit Fund, Citizens Bank of Eldon P.O. Box 275 Eldon, Missouri 65026

To order memorial trees or send flowers to the family in memory of Kenneth "Dallas" Barton, please visit our flower store.