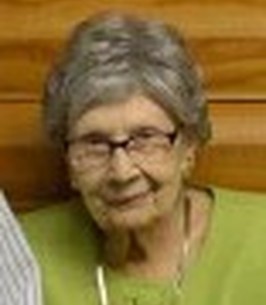 Dorothy Mary Barton was born December 9, 1926 in Old Mines, Missouri a daughter to the late Isaac and Millie (Boyer) Juliette. Dorothy departed this life Friday, March 12, 2021 having reached the age of 94 years, 3 months and 3 days. On July 6, 1946 she was joined in marriage to Donnie Barton of Oats, Missouri. To their union, three daughters were born.
Dorothy was well known for her cooking abilities and spent 28 years as the only cook for the local Brown Shoe Company until the time she retired from the workforce.
Dorothy was a devoted Christian and spent the majority of her life serving her Savior, Jesus Christ. This was evident in her personal relationships with family, friends and community. She spent her final years as an active member of the White Oak Grove Church.
Dorothy was preceded in death by her precious firstborn daughter, Betty Chazelle. Also preceding her were her parents, Isaac and Millie Juliette, 3 Brothers Alyosius Juliette, Noah Juliette, John Juliette and one sister, Alice Ann Juliette.
Those who will miss her terribly but celebrate her new life, are her life-long husband of 74 years, Donnie Barton; her daughters, Norma Maxwell and Donita Skaggs and her special son-in-law, Paul (Pete) Skaggs. She also leaves behind 8 grandchildren 11 great grandchildren and 2 great great grandchildren and one sister, Viola (Jack) Wilson of St. Charles, Missouri.

To order memorial trees or send flowers to the family in memory of Dorothy Mary Barton (Juliette), please visit our flower store.