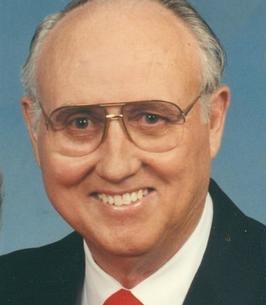 Donnie Barton was born on June 18, 1925 in Oats, Missouri to J.C. Barton and Julie Parks Barton. He was married to Dorothy Juliette of Old Mines, Missouri on July 6, 1946. Three daughters were born to them: Betty Chazelle, Norma Maxwell, and Donita Skaggs.
He was preceded in death by his loving wife of 74 years, Dorothy, his parents, J.C. and Julie Barton, stepmother, Goldie Smith Barton. He had seven brothers to precede him: Lebert, Henry, Sylvester, Elijah, Silas, Luvern, and his twin brother, Lonnie. He had five sisters to precede him: Martha Smith, Edith Crocker, Daisy Barton, Odessia Myers, and Leatha Black. One special daughter, Betty Chazelle also preceded him in passing to Heaven.
Those left to remember his earthly life and to celebrate his Heavenly life are; daughter, Norma Maxwell of Potosi, Donita Skaggs of Mineral Point, and one very special son-in-law, Pete Skaggs. He is also survived by his 8 grandchildren, 11 great grandchildren, and 2 great great grandchildren; four half-sisters Doretta (Carl) Lancaster of Berkley, MO, Dorothy Elliot of St. Louis, MO; Doshie (Joe) Miner of Boss, MO, and Roselle (Reldon) Crocker of St Louis, MO and one step sister, Lola Lancaster of Ellington, Missouri.
Donnie served in the United States Army from 1943 to 1946 in the South Pacific Theater during the Invasion of the Philippines. He later went on to receive his education and become a teacher for over the next 32 years. He served his community as a vital part of the Red Cross, Director of the Civil Defense and Mayor of Potosi for 6 years. He was a Christian man who loved serving the LORD and he taught Sunday School for over 50 years. He was a faithful man, husband, father and friend who had a Life Well lived.

To order memorial trees or send flowers to the family in memory of Donnie Barton, please visit our flower store.