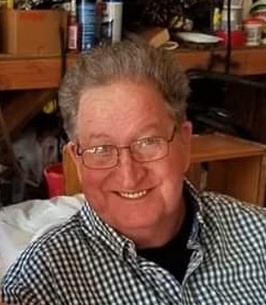 Larry Baldridge of Cadet, Missouri, was born July 27, 1947, in Potosi, Missouri, a son of the late Frank and Dorothy (Nipper) Baldridge. Larry departed this life Monday, June 17, 2019, having reached the age of 71 Years, 10 Months and 21 Days.
Larry is survived by his wife Elaine (Goff) Baldridge, they were united in marriage on October 7, 1967, in East St. Louis, Illinois. Larry is also survived by one daughter, Michelle Bone and husband Joey of St. Clair, MO, and Godfather, Charles Pratt of Cadet, MO. In addition to his parents Larry was also preceded in death by his Godmother, Myrtle Goff.
Larry served his country in the United States Army enlisting on August 24, 1966. He was awarded the National Defense Service Medal and received the Code of Conduct, Survival Escape and Evasion, Civil Affairs and CBI Training. He worked as a kitchen supervisor for the 19th Artillery, 5th Battery C. He received an honorable discharge on August 23, 1968, at Fort Carson Colorado.
Larry was a parishioner of St. Joachim Catholic Church, Old Mines, Missouri. He enjoyed fishing and camping with his family and friends. Larry along with his wife loved to take time to go motorcycle riding. He had a given talent in woodcarving and shared his talent with many in the area. One of his greatest loves was cooking for his family and many friends.
To order memorial trees or send flowers to the family in memory of Larry Baldridge, please visit our flower store.