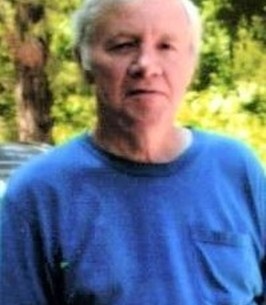 Virgil Elvin Ashley of Cadet, Missouri was born December 25, 1942 in Kankakee, Illinois a son to the late Sherman Ashley and Violet (Robinson) Ashley. Virgil departed this life Friday, February 12, 2021 having reached the age of 78 years, 1 month and 18 days.
On February 25, 1969, Virgil was united in marriage to the late Dorothy “Dottie” Ashley and they shared forty- four years together. Virgil was later united in marriage to Lenny (Westbrook) Ashley and they shared many wonderful memories together.
Virgil is survived by his loving wife, Lenny of Cadet, Missouri; sons, Virgil Ashley and wife Dana of Park Hills, Missouri, Torry Ashley and wife Susan of Park Hills, Missouri; grandchildren, Virgil (Katie), Hannah, Jenna, Nola, Justin (Amber), Lacey, Josh, Alex (Jordan); great grandchildren, Kolten, Maci, Brentley, Blakely, Addy, Mila, Shane, Ava; special niece, Linda Voth and many other relatives and special friends.
In addition to his parents and wife “Dottie”, Virgil was preceded in death by a daughter, Maria Elena Ashley.
Virgil was a proud veteran of the United States Army, serving from 1962-1969. During his military service he was awarded the National Defense Medal, Vietnam Service Medal and Vietnam Campaign Medal. He had a passion for dogs and always took care of them whenever they were in need. He enjoyed watching football and going to the movies with his friends and family. Above everything else, his family is what meant the most to him and he loved them unconditionally. He was always there to cheer on his grandchildren in everything they did. His memory will be treasured by all who loved him.

To order memorial trees or send flowers to the family in memory of Virgil Elvin Ashley, please visit our flower store.