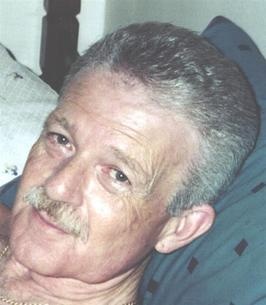 Ron Adams of Potosi Missouri, was born June 18, 1941, in Potosi, Missouri, a son of the late Frank and Della (Carter) Adams. Ron departed this life on October 31, 2018, in DeSoto, Missouri, having reached the age of 77 Years, 4 Months and 13 Days.
Ron is survived by one son Kevin Adams of Potosi, MO, one daughter, Carrie Dement of DeSoto, MO, one brother Gary Adams and wife Irene of Potosi, MO, three granddaughters, Lauren Adams, Abigail Adams and Dakota Dement, one great granddaughter, Maisie Rousan, one aunt, Edna Rowe of Potosi, MO and by many other relatives and friends.
Prior to his retirement Ron had worked with the Brown Shoe Company, Reynolds Mens Store and the Potosi R-3 School District. Ron was a lifetime member of the Potosi Elks Lodge B.P.O.E #2218, where he was very active in its many activities and fundraisers.

To order memorial trees or send flowers to the family in memory of Ronald "Ron" Adams, please visit our flower store.