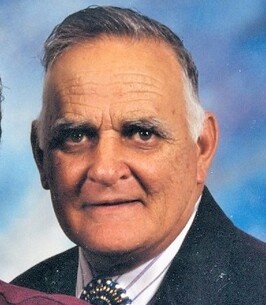 William Preston Rousan of Mineral Point, Missouri, departed this life surrounded by his dear and loving family at his home on the evening of Wednesday, September 14, 2022, at the age of Eighty-three years, five months and twelve days. William also known by family and friends as Bill was born April 2, 1939 in Mineral Point a son of the late William Arles Rousan and Cletus (Starkey) Rousan.
Bill was united in marriage to Dana Belfield on July 27, 1963 in Perryville, Missouri. They were blessed to have four sons born to the union.
Bill is survived by his loving and devoted wife Dana Rousan of Mineral Point; four sons, Robert Dale Rousan and wife Annette of Potosi, Nathaniel Ray Rousan and wife Honora of Valles Mines, Steven Gale Rousan and wife Lesley of Mineral Point and Allen Lee Rousan of Mineral Point; nine grandchildren, Robert, Matthew, Susan, William, Alex, Zach, Meagan, Arica and Maekenzie; four great grandchildren, Grant, Molley, Maisie and Emmy. One brother, George A. Rousan and wife Carol of House Springs and by many other dear and special relatives and friends. In addition to his mother and father, Bill was also preceded in death by one sister, Minnie Laws and one brother Paul Rousan.
Bill attended the Lil Country Church in Mineral Point with his wife and family. He was a long time member of the Blackwell Masonic Lodge, A.F. & A.M #535 and a member of the Order of Eastern Star in Dillion Chapter #16, Blackwell and Browne Chapter #320, Potosi. Bill retired from the Chrysler Corporation in 1991 after many years of employment. He enjoyed working the family farm with his boys. He loved his children and grandchildren dearly, they were the light of his life. He always had a smile when they would show up or call. He was a dedicated man to his Lord and to his family. Each held a very dear place in his life and heart. Bill will be forever loved and missed by all who knew him.

To order memorial trees or send flowers to the family in memory of William Preston Rousan, please visit our flower store.