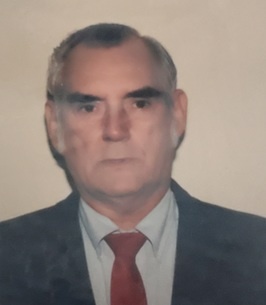 Michael John Pratt of Potosi was born July 8, 1936 in Potosi, a son to the late Charles Pratt and Mary Ellen (Politte) Pratt. Michael departed this life Saturday, August 21, 2021 having reached the age of 85 years, 1 month and 13 days.
On June 29, 1957, in Old Mines, Michael was united in marriage to Mary Paternilla (Boyer) Pratt and they were blessed with 64 years together.
Michael is survived by his wife, Mary; daughters, Mary Jeanette Wright and husband Bob of Rising Sun, Maryland, Susan Broombaugh and husband Jimmy of Potosi; sons, Michael E. Pratt of Potosi, Dan Pratt and wife Dorothy of Visalia, California; sisters, Delores DeClue and husband Joe of Potosi, Rebecca Rogers and husband Jerry of Potosi, Mary Gassner of St. Louis, Margaret “Maggie” Schellabarger and husband Carl of Potosi, Jackie Daughtery and husband John of St. Clair, Leslie Evers and husband Larry of St. Clair; brother, David Pratt and wife Monica of Cadet; 18 grandchildren, 24 great grandchildren and many nieces, nephews, other relatives and friends.
In addition to his parents, Michael was preceded in death by his son, Christopher Pratt; sisters, Lucy (William) Kordonwy, Sarah (Kenneth) Roberts, Jane Rivera, Paula (Kenneth) Pace; and brother, Robert (Marie) Pratt.
Michael was a gifted musician and could play multiple instruments. His favorite were the Guitar, Harmonica, Mandolin and Fiddle. He loved having jam sessions with his family. He was a member of St. Joachim Catholic Church in Old Mines and loved spending time with his friends and family. His memory will be cherished by those he inspired with his music, faith, and love and will be deeply missed by those who loved him.
To order memorial trees or send flowers to the family in memory of Michael John Pratt, please visit our flower store.