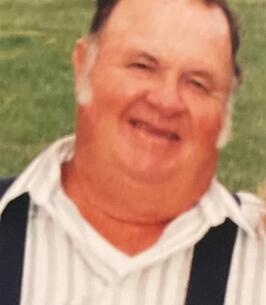 On August 2, 1952, Lindell was united in marriage to the late Evelyn (Hartman) Jinkerson and together they happily raised their children and shared many wonderful memories. Evelyn preceded Lindell in death on July 15, 2013.

In addition to his parents and loving wife, Lindell was preceded in death by his brother, Ronnie Jinkerson and sister, Omilee Brentlinger.

Lindell had a can do attitude and could accomplish anything he set his mind to. He loved genealogy and sharing stories from his childhood to his children and grandchildren. No matter the task, he was there to help. He was a loving husband, father, grandfather and friend. His memory will be cherished by those who loved him.

To order memorial trees or send flowers to the family in memory of Lindell Carroll Jinkerson, please visit our flower store.