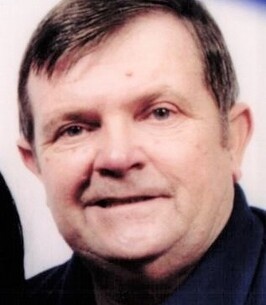 Stephen Lee “Steve” Gilliam of Potosi, Missouri was born October 17, 1951. The son of the late Alva Leon and Judith (Franklin) Gilliam. Steve went to his heavenly home on Monday September 12, 2022 reaching the age of 70 years 10 months and 23 days.
Stephen was united in marriage to Alecia Villocino on October 31, 2004 sharing 17 years together. They have a daughter, Allysah, who was the light of his life.
Steve is survived by loving wife, Alecia and daughter Allysah; brothers, Alva Lynn and Donna Gilliam of Jackson, Missouri, Gary and Debbie Gilliam of Potosi; sister –in-law, Florita Oker and husband Everatt of Potosi, Missouri; longtime family friend, Danny Pyatt of Springtown, Missouri in addition to many nieces, nephews other relatives and friends.
Steve was preceded in death by his infant son, John Edward Gilliam; father, Alva Leon Gilliam; mother, Judith Gilliam and mother and father-in-law, Epuviges and Selderio Villocino.
Steve dedicated his life to Jesus Christ as a teen, enjoying serving his lord for many years at Breton Creek Baptist Church. Steve, his brothers Alva Lynn and Gary, along with his father were the first complete family to go through the steps of Masonry together in the state of Missouri. He was also a member of Masonic Lodge 131 Potosi A.F. &A.M.
Steve started and operated Gilliam Sanitation for 23 years, with his family, and later owned by Washington County Quarry. His work was a passion to him and enjoyed friendships with many of those he worked with throughout the 23 years. He never forgot a name of those he worked with through his life. He loved his family and will be missed by those who knew and loved him.

To order memorial trees or send flowers to the family in memory of Stephen Lee Gilliam, please visit our flower store.