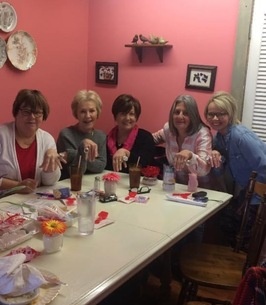 Janet Delores (Schmidt) Coleman of Potosi, Missouri was born October 21, 1941 in Cadet, Missouri a daughter to the late Cecil G. Schmidt and Edith I. (Ginger) Schmidt. Janet departed this life Monday, August 22, 2022 having reached the age of 80 years, 10 months and 1 day.
On February 19, 1966 Janet was united in marriage to Robert “Bob” Coleman and together they happily raised their children and were blessed with 56 wonderful years.
Those left to cherish her memory include her husband Bob of Potosi; daughters, Dana Williams and husband Roger of San Antonio, Texas, Stephanie Bone and husband Ryan of Potosi, Missouri, Bridgette Sansegraw and husband Dave of Potosi, Leslie Sansegraw and husband Doug of Kokomo, Indiana; sisters, JoAnne McCole, Judy Harmon; grandchildren, Rachel Williams, Robert Williams, Jacob Williams, Luke Williams, Caity Dudly, Anna Bone, Landon Bone, Nick Juliette, Noah Juliette, Matias Sansegraw, Micah Sansegraw, Isaiah Sansegraw; great grandchildren, Zane, Camden, Amoree, Annbellina, Atlas, Cambria and a host of nieces, nephews, other relatives and dear and special friends.
In addition to her parents, Janet was preceded in death by her step mother, Rachel (Bourisaw) Schmidt; brothers, Donald Schmidt, Sr., Sherman Schmidt, Billy Schmidt, Bobby Schmidt, Cecil Schmidt, Jr., Richard Schmidt and sister, Mary Lou Diener.
Janet had a kind and caring heart, always having others in her thoughts and prayers. She was a faithful member of St. James Catholic Church in Potosi and was a lecture on Sunday mornings. She loved her cats, working around her home and playing words with friends. Her favorite place to be was with her family, having dinner, visiting, and sharing memories. She was a loving wife, sister, mother and grandmother, who loved to spoil her grandchildren. She will be deeply missed by all the lives she touched.

To order memorial trees or send flowers to the family in memory of Janet Delores Coleman (Schmidt), please visit our flower store.