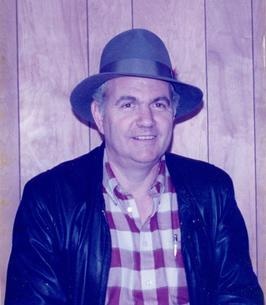 Michael Aloysius Boyer of Potosi, Missouri was born January 25, 1940 in Potosi, Missouri a son to the late Peter Aloysius Boyer and Mary Louise (Coleman) Boyer. Michael departed this life Friday, August 12, 2022 having reached the age of 82 years, 6 months and 18 days.
On October 2, 1967, Michael was united in marriage to the late Peggy V. Boyer and they shared 23 wonderful years together. Peggy preceded Michael in death in September 1991.
Those left to cherish his memory are his son, Michael Dwayne Boyer and wife Julie of Arnold; sisters, Debbie Coleman and husband Joe, Melinda Fuchs and husband Marty, Diane Crocker and husband Ken, Nancy Shy, Dorothy “Dot” Rodrigez; brother, Eddie Boyer and wife Karla; sister-in-law, Nancy Boyer; grandson, Zachary T. Boyer and wife Mary; great grandson, Mason Boyer and many other relatives and friends.
In addition to his parents and loving wife, Michael was preceded in death by his siblings, Mary Elizabeth, “Betty” Boyer, John L. Boyer, and Theresa Garnto.
Michael served in the United States Air Force from 1958-1964 and was proud of his service to his country. He worked for General Motors for 30 years before retiring in 1987. He could fix anything he set his mind to. He was a loving family man, bringing joy where ever he went. He will be greatly missed by those who knew and loved him.

To order memorial trees or send flowers to the family in memory of Michael Aloysius Boyer, please visit our flower store.